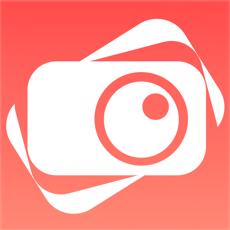 
Quick Start Guide:
- Tap on Create button and give a name.
- Tap on project name to load project.
- Positioning camera and start capture.
- After Finish Capture go to Edit Panel.
- You can set your desire fps and preview.
- Hit render and the video will save into camera roll.

Tips:
• Use overlay image feature as reference to capture object in desire position.
• Use grid for better object positioning.
• Start your project in well lit environment, best is prepare a light source for your scene.
• Use voice control for image capturing if you have a busy hand.
• Capture your project by multiple scene and use iMovie for advanced video editing.

Stop motion is an animated-film making technique in which objects are physically manipulated in small increments between individually photographed frames so that they appear to exhibit independent motion when the series of frames is played back as a fast sequence. Dolls with movable joints or clay figures are often used in stop motion for their ease of repositioning. Stop-motion animation using plasticine figures is called clay animation or "clay-mation". Not all stop motion, however, requires figures or models: stop-motion films can also be made using humans, household appliances, and other objects, usually for comedic effect. Stop motion can also use sequential drawing in a similar manner to traditional animation, such as a flip book. Stop motion using humans is sometimes referred to as pixilation or pixilate animation.

Get Stop Motion Plus for iOS from Itunes App Store