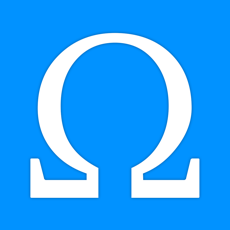 
Unicode Converter enables you to easily convert Unicode characters in UTF-8, UTF-16, Percent Encoding, Decimal NCRs, Hexadecimal NCRs and Escaped Unicode. As you type in the text box above, all the results are converted on the fly.

Unicode Symbol Lists are include for easy access or reference.
All results are copy-able to other app.
You can access to keyboard emoji to know more about emoji Unicode.

Unicode is a computing industry standard for the consistent encoding, representation, and handling of text expressed in most of the world's writing systems. The latest version contains a repertoire of 136,755 characters covering 139 modern and historic scripts, as well as multiple symbol sets. The Unicode Standard is maintained in conjunction with ISO/IEC 10646, and both are code-for-code identical.

The Unicode Standard consists of a set of code charts for visual reference, an encoding method and set of standard character encodings, a set of reference data files, and a number of related items, such as character properties, rules for normalization, decomposition, collation, rendering, and bidirectional display order (for the correct display of text containing both right-to-left scripts, such as Arabic and Hebrew, and left-to-right scripts). As of June 2017, the most recent version is Unicode 10.0. The standard is maintained by the Unicode Consortium.

Get Unicode Converter Plus for iOS from Itunes App Store