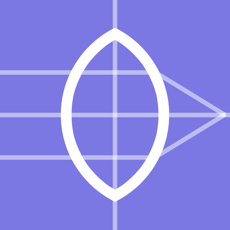 In optics, a thin lens is a lens with a thickness (distance along the optical axis between the two surfaces of the lens) that is negligible compared to the radii of curvature of the lens surfaces. Lenses whose thickness is not negligible are sometimes called thick lenses.

The thin lens approximation ignores optical effects due to the thickness of lenses and simplifies ray tracing calculations. It is often combined with the paraxial approximation in techniques such as ray transfer matrix analysis.

The position, orientation, and size of an image formed by a lens are determined by two things: the focal length of the lens and the position of the original object.