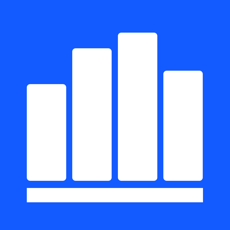 Statistic is a single measure of some attribute of a sample (e.g. its arithmetic mean value). It is calculated by applying a function (statistical algorithm) to the values of the items of the sample, which are known together as a set of data.

Statistics Formulas:
Count [n] - The total number of data in data set.
Minimum - The smallest value in data set.
Maximum - The largest value in data set.
Sum - The total sum of all data values.
(x1 + x2 + ... + xn)
Mean - The sum of all of the data values divided by data count
mean = sum / n
Median - The median is the middle value. If there is an even number of observations, the median is the average of the two middle values
Mode - The value or values that occur most frequently in the data set.
Variance - The sum of the squared differences between data values and the mean, divided by the total count - 1
[ (x1 - mean)² + (x2 - mean)² + ... + (xn - mean)² ] / [n - 1]
Standard Deviation [s] - The square root of the variance
√variance

Get Statistics Calculator Plus for iOS from Itunes App Store