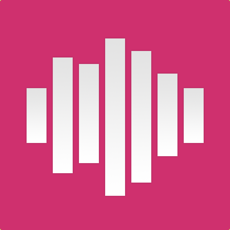 
Sound Meter is a utility tool that shows decibel values by measure the environment noise, measured and display dB values in various forms.


A sound level meter is used for acoustic measurements. It is commonly a hand-held instrument with a microphone. The diaphragm of the microphone responds to changes in air pressure caused by sound waves. That is why the instrument is sometimes referred to as a Sound Pressure Level Meter.

The decibel is a unit of measurement used to express the ratio of one value of a power or field quantity to another on a logarithmic scale, the logarithmic quantity being called the power level or field level, respectively. It can be used to express a change in value or an absolute value.


A noise level showing examples of sounds with dB levels ranging from 0 to 180 decibels.

You can calibrated your devices with an actual sound meter (dBA).

Microphones in most devices are limited and can be use as an auxiliary tools.
If you need more accurate dB values, we recommend actual sound level meter.

Get Sound Meter Plus for iOS from Itunes App Store