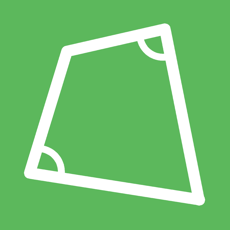 
Quadrilateral Calculator calculate Area and Perimeter from difference type of Quadrilateral. This is a efficient and accurate tool for calculating land area or measurement of land. Or to determine rough square footage of various irregularly shaped storage closets.

In Euclidean plane geometry, a quadrilateral is a polygon with four edges (or sides) and four vertices or corners. Sometimes, the term quadrangle is used, by analogy with triangle, and sometimes tetragon for consistency with pentagon (5-sided), hexagon (6-sided) and so on.

Get Quadrilateral Calculator for iOS from Itunes App Store