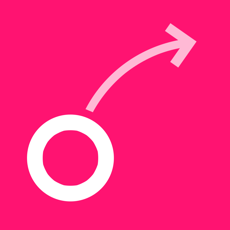 
Projectile motion is a form of motion experienced by an object or particle (a projectile) that is thrown near the Earth's surface and moves along a curved path under the action of gravity only (in particular, the effects of air resistance are assumed to be negligible). This curved path was shown by Galileo to be a parabola. The study of such motions is called ballistics, and such a trajectory is a ballistic trajectory. The only force of significance that acts on the object is gravity, which acts downward, thus imparting to the object a downward acceleration. Because of the object's inertia, no external horizontal force is needed to maintain the horizontal velocity component of the object. Taking other forces into account, such as friction from aerodynamic drag or internal propulsion such as in a rocket, requires additional analysis. A ballistic missile is a missile only guided during the relatively brief initial powered phase of flight, and whose subsequent course is governed by the laws of classical mechanics.

Get Projectile Motion Calc for iOS from Itunes App Store