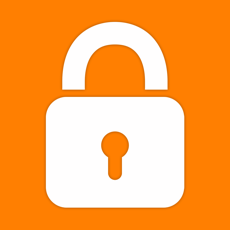 Encryption became a common thing with the availability and spread of information we’re facing today, encryption of various kinds has to be employed if we want to ensure any level of information confidentiality. Hashing is a method of checking the integrity of encrypted content and lets us detect any and all modifications done to it.

MD5
Complete an MD5 output on the Input data using the MD5 Message-Digest Algorithm. This algorithm is a hash function that produces a 128-bit 16-byte hash value. Useful for security application, it can perform a check data integrity function. It was designed to replace MD4. Typically, it is expressed as a hex number that is 32 digits long. As it is not collision resistant, it is not good for digital signature or SSL certificate applications.

Hash keying is also known as convergent encryption. This keying and encryption is a cryptosystem that produces ciphertext from plain text.

A cryptographic hash function is an algorithm that takes data and provides a hash value. The message or value to be encoded is the data while the hash value is called a digest or message digest.

Authentication and digital signatures are two of many information security applications involving cryptographic hash. The hash functions can also be useful for fingerprinting, identification of duplicate data, detection of data corruption, and creation of hash tables. Cryptographic hash values are sometimes called hash values or checksums or digital fingerprints. Security provided by a hash algorithm depends on it being able to produce a unique value. A collision occurs when you get the same hash value for different data. A strong hash value is resistant to computational attacks.


SHA
Complete a SHA output on the data in the Input window choosing from Sha-1, Sha-224, Sha-256, Sha-384, or Sha-512. This set of cryptographic hash functions was designed by the US National Security Agency (NSA) and published in the early 2000’s.

Short for Secure Has Algorithm, the Sha function is an algorithm that hashes data such as a text file into a fixed length variable know as a has. This computed hash value is then used to verify copies of the original data. You cannot recreate the original from the hash value. The SHA functions include digests for 224, 256, 384, or 512 bits.

Hash keying is also known as convergent encryption. This keying and encryption is a cryptosystem that produces ciphertext from plain text.

Base64
Base64 is a group of schemes that encode binary to text. This represents binary data in an ASCII strong format. Translation is done via radix 64. The term comes from a MIME encoding. These schemes are typically used when you need to encode binary data stored over media that deals with textual data. Data remains intact with no modification during transport. Email via MIME is one application. Storing data in XML is another application. Encoding that is now called MIME Base64 was first used in a standardized way was through privacy-enhanced mail using the PEM protocol in the mid 1980’s. PEM uses a Base64 scheme that transforms octets to a format of 60bit characters that can use SMTP.

ROT13
("rotate by 13 places", sometimes hyphenated ROT-13) is a simple letter substitution cipher that replaces a letter with the 13th letter after it, in the alphabet. ROT13 is a special case of the Caesar cipher, developed in ancient Rome.

Because there are 26 letters (2×13) in the basic Latin alphabet, ROT13 is its own inverse; that is, to undo ROT13, the same algorithm is applied, so the same action can be used for encoding and decoding. The algorithm provides virtually no cryptographic security, and is often cited as a canonical example of weak encryption

Get Hash & Encryption Calculator for iOS from Itunes App Store