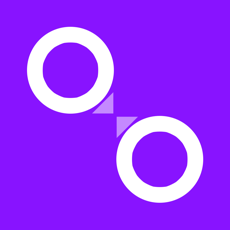 Gravity, or gravitation, is a natural phenomenon by which all things with mass are brought toward (or gravitate toward) one another, including objects ranging from electrons and atoms, to planets, stars, and galaxies. Since energy and mass are equivalent, all forms of energy (including photons and light) cause gravitation and are under the influence of it. On Earth, gravity gives weight to physical objects, and the Moon's gravity causes the ocean tides. The gravitational attraction of the original gaseous matter present in the Universe caused it to begin coalescing, forming stars – and for the stars to group together into galaxies – so gravity is responsible for many of the large scale structures in the Universe. Gravity has an infinite range, although its effects become increasingly weaker on farther objects.

Gravity is most accurately described by the general theory of relativity (proposed by Albert Einstein in 1915) which describes gravity not as a force, but as a consequence of the curvature of spacetime caused by the uneven distribution of mass. The most extreme example of this curvature of spacetime is a black hole, from which nothing—not even light—can escape once past the black hole's event horizon. However, for most applications, gravity is well approximated by Newton's law of universal gravitation, which describes gravity as a force which causes any two bodies to be attracted to each other, with the force proportional to the product of their masses and inversely proportional to the square of the distance between them.

Get Gravitational Force Calculator for iOS from Itunes App Store