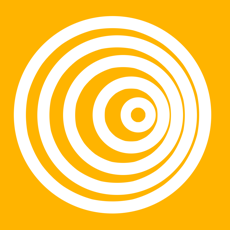 
Doppler Effect Calculator are physic/math calculator to find the frequency of sound if either the source of sound or the observer is moving.

You hear the high pitch of the siren of the approaching ambulance, and notice that its pitch drops suddenly as the ambulance passes you. That is called the Doppler effect. The Doppler effect (or the Doppler shift) is the change in frequency or wavelength of a wave in relation to observer who is moving relative to the wave source

A common example of Doppler shift is the change of pitch heard when a vehicle sounding a horn approaches and recedes from an observer. Compared to the emitted frequency, the received frequency is higher during the approach, identical at the instant of passing by, and lower during the recession.

Get Doppler Effect Calculator for iOS from Itunes App Store