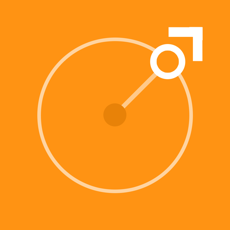 Features:
- Instant calculation
- Result are copy able to other app
- Formula are include as reference
- support up to 16 decimal place

Centrifugal force - a force, arising from the body's inertia, which appears to act on a body moving in a circular path and is directed away from the centre around which the body is moving.

Centrifugal force refers to the force that tends to pull a particle or an object toward the axis around which it rotates.

In Newtonian mechanics, the centrifugal force is an inertial force (also called a "fictitious" or "pseudo" force) directed away from the axis of rotation that appears to act on all objects when viewed in a rotating frame of reference.

Get Centrifugal Force Calculator for iOS from Itunes App Store