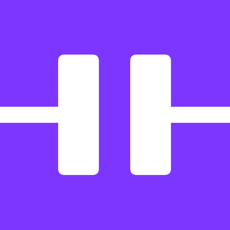 Parallel plate capacitor is two parallel plates. Consider two large flat plates placed near one another. The plates are parallel, and have equal and opposite charges uniformly distributed. This configuration is known as a parallel-plate capacitor. The net field is the vector sum of the individual fields, which have the same magnitude.

Capacitance is the ability of an object to hold an electrical charge. Capacitors are components in an electrical circuit that can store a charge and are considered one of the three fundamental electronic components along with inductors and resistors.

where:
C - capacitance. measured in farads (symbol: F)
A - area where the plates overlap
s - separation distance between the plates
ε - dielectric permittivity (a measure of resistance) in farads per meter. default value 8.854 pF/m

Get Capacitance Calculator for iOS from Itunes App Store